PRIVATE TOUR: THE HISTORY OF ISTRIA DURING WW1 AND WW2

"Gallerion" was founded by the designer and photographer Sergio Gobbo, who started collecting marine/naval objects and photographs about 30 years ago, with the aim of opening this museum in 2007 in Novigrad, Cittanova.

The private tour offers a complete insight into the history of Istria and its role at the end of 1800, the beginning of the Second World War and the role of the Austro - Hungarian Empire. The museum collection consists of many pictures, text panels, original models of ships and original equipment worn during the First worldwide conflict. The collection is also based on the stories of the many Istrians who travelled the world thanks to the Austro - Hungarian Empire.

Since his early childhood, Sergio Gobbo spent most of his time with shermen and sailors on Isola, Pirano, Savudria as well as on the island of Vis (Lissa) and other Adriatic islands, sailing together with his father or alone, and diving at every possible opportunity. Having worked for years as a designer and photographer to promote the Adriatic Sea, he decided to dedicate his work to the study of life and history at sea and on land. When he realized that the existing naval museums along the coast do not devote enough time and resources to research and show the common maritime history, partially ignoring or covering parts of it, he made the decision - together with his partners - to correct this by opening the first private maritime and naval collection under the name "Gallerion" in Istrian Novigrad /Cittanova. This exhibition was officially opened in 2007 by His Excellency Dr. Otto von Habsburg, who visited "Gallerion" several times privately.

Duration (in hours): 2-3
Available slot 1: Upon agreement
Book in advance at least (in hours): 48
The listed price is valid for: One person
Any additional person (in EUR): 4 EUR (30 kn) for adults, 3 EUR for children (20 kn)
Largest group size: 10 people
Price includes: An extensive private tour of the museum.
Price does not include: Souvenirs or posters
#LFZ Scout's phone: 00 386 51 250 655
We speak: English, Slovenian, Italian, Croatian
HINT: Our #TFZ Scouts and their local experience providers may not be professionally trained as 5* hotel staff. If you can get through to them, though, you can be sure that you will get the best possible authentic insight there is to encounter. See the About link at the top of the page for more info.
More information about the experience: "Gallerion" is a gallery that presents a permanent exhibition on topics from the history of shipping and naval history - located in the coastal town of Novigrad/Cittanova in Croatian Istria. The part of the collection dedicated to Austro-Hungarian Imperial and Royal Navy probably takes second place in the world, right after the marine collection exhibited at Military History Museum in Vienna, and their collections are still growing. In addition to the naval and maritime history of the former Austro-Hungarian Empire, there are other themes “in work”, dedicated to the naval tradition of Greeks, Romans, Venice, and to the history of the Second World War and the Cold War on the Adriatic.
More information about the surroundings: The museum collaborates with many local restaurants that offer traditonal istrian food. 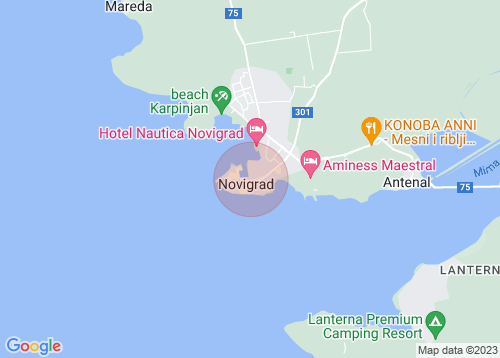 #LocalsFromZero is powered by the Sharetribe marketplace platform.